Everybody needs good neighbours. But sometimes, a barking dog or rogue recycling bin can be enough to ignite Ramsay Street-style drama.

Squabbles on the street can get ugly, and can be enough to make even the sanest person seriously consider moving to a cabin atop Mount Kosciuszko. And when coupled with a clash of personalities, many disputes with neighbours even make it as far as the courts.

While a legal dispute with your neighbours is something to avoid wherever possible, it’s still important to note that there are legal measures in place to protect yourself from nuisance or negligent neighbours.

As neighbour dispute lawyers, there are a few common disputes we see that regulalry escalate into legal proceedings against neighbours. Here are some of the legal disputes with neighbours we hear most frequently, as well as some general information on the laws that cover them… 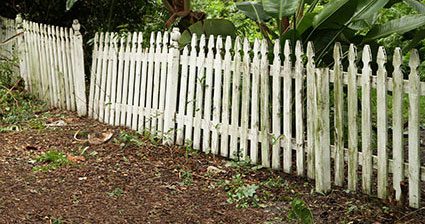 Common complaint: “The fence at the back of my property is falling apart and needs to be replaced, but my neighbour doesn’t agree and won’t pay anything towards getting a new one.”

Your neighbour generally has an obligation to contribute to fence repair and/or replacement. Your rights and obligations are set out in the Fences Act 1986 (Vic). If your neighbour does not agree to contribute, then there are steps you must take to force them to comply.

Common complaint: “My neighbour has a huge gum tree in their backyard that has a couple of big branches that hang over the fence. During the last storm some of the smaller branches fell off and caused some damage to my shed. I’m worried that if one of the big ones fall, it will damage my house.”

It is every landowner’s responsibility to make sure that nothing escapes from their land onto a neighbour’s land. If there are branches hanging over the fence and onto your property from a neighbour’s tree, you may prune the branches back to the fence line and place the branches on your neighbour’s side of the fence, unless the tree is a ‘significant tree’. You cannot kill the tree under any circumstances. 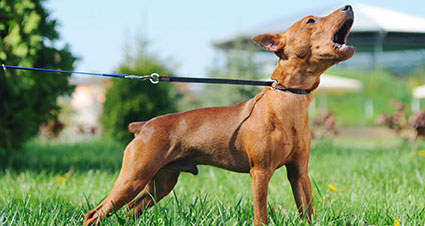 Common complaint: “My neighbour has just bought these two little yappy dogs. They bark constantly when they are outside, and my neighbours don’t get home until late to let them in. They are driving me crazy.”

The Domestic Animals Act 1994 (Vic) gives local Councils the power to order that the owner pay a fine, or even take them to Court if they do not resolve the problem. Alternatively, you may have a claim for nuisance against your neighbour. 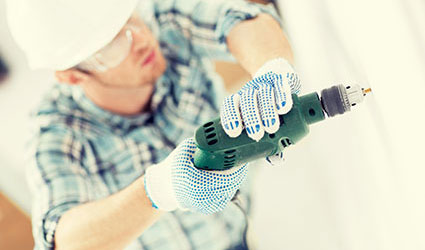 Common complaint: “My neighbour is renovating his house. Every day this week he had tradespeople come in and start work at 6am, even on the weekend! They say that they have to start really early because we are in the middle of a heatwave and it gets really hot during the day.”

The Environment Protection (Residential Noise) Regulation 2008 (Vic) sets out when certain noises, such as construction noises can be made. Generally, construction noises cannot be made before 7am and 8pm on a weekday, or before 9am and after 8pm on weekends and public holidays. You can contact the Police or the Council if the construction workers do not adhere to these regulations.

Factors to consider before taking any legal action

While neighbour dispute lawyers and the courts are available to help settle disputes, there are many important considerations when disputing an issue with neighbours:

You’re their neighbour too

You may be upset with your neighbour’s behaviour but remember you are their neighbour too – your actions may also be upsetting them without you even realising.

So forget about who cast the first stone and instead, approach the dispute with reaching a resolution in mind.

Manners cost nothing and even if you’re at your wits’ end, it’s always best to approach disputes in a calm and collected manner. Breathe deeply and don’t approach any discussions with preconceptions about your neighbour’s character – especially if you haven’t spoken much in the past.

Perhaps the neighbour whose tree is overhanging the fence line is elderly and can’t reach the branches to trim them. Maybe the yappy dogs are in training and will quiet down once they’re used to their new surroundings.

A civil conversation with your neighbour could reveal any number of factors you hadn’t considered – while pointing the finger can put them on the back foot and cause matters to escalate.

A legal dispute with neighbours can be costly, time-consuming, and stressful; legal fees can run into the thousands and can place a huge strain on you and your family.

You should do everything you can to settle any disputes without the assistance of the courts. If an impasse is reached, Rose Lawyers can help negotiate to try and settle the matter outside the courtroom. Taking the matter to court should be the last option once you’ve exhausted every other available avenue.

To talk to a neighbour dispute lawyer, call Rose Lawyers today on 03 9878 5222 to schedule your phone consultation.